Until now we have found 8 teams to be qualified for the 2016 IKF Europa Korfball Cup:

It could be Marmara University from Turkey is also qualified, but it is difficult to find the exact information on this for now. For different competitions we already managed to get the full competition statistics in:

For other countries we are close in getting all the statistics online. In Scotland we are only waiting the exact venues matches were played. Even though the Polish league already has a champion (UKK WUM), the leagues is not ended yet, that's why no final statistics are online yet. The coming period we expect the leagues of Portugal, Catalonia, Hungary and France to end. At the moment we are unclear about the competition structure in Russia, Turkey, and Serbia. In those countries we have difficulty understanding which tournament is the national championship, in some cases we even don't know if there is a national championship. If you have any intellegence on the above queries, please do mail us on europeankorfball@gmail.com .


Posted by EuroKorfball at 3:00 AM 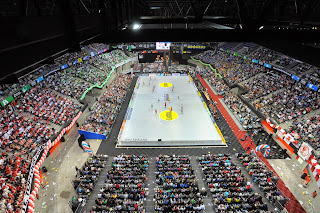